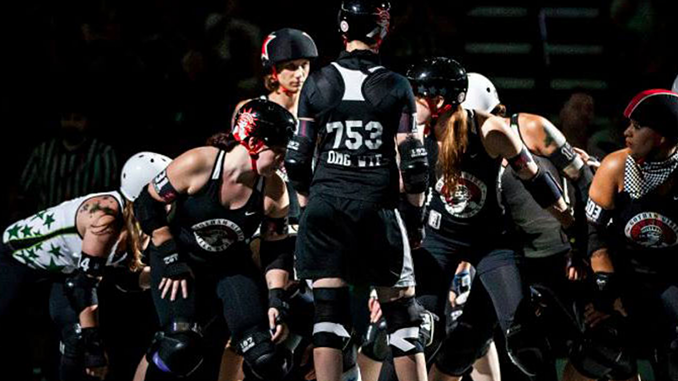 Wirecast’s flexibility allows it be used in some very unusual configurations. That’s the nature of a program who’s strengths range from a software switcher to a streaming encoder and recorder.  A year ago, when I visited the Gotham Girls Roller Derby, they were using 4 DV cameras with Firewire cards into a MacPro, with Wirecast serving as the switcher and encoder.  At this time, they were contemplating the costs and the practicality of going HD.

One year later they’ve Expanded to five HD cameras, and a Blackmagic ATEM switcher.  With the need to get that into their MacPro, they chose a Wirecast compatible Blackmagic SDI video card.  This allowed them to dedicate all the computer’s resources for both streaming live and recording to a 6TB G-Tech G-Raid via an eSata connection in Apple ProRes LT from Wirecast.  The following article goes through their decision making process, with an eye to how they kept their costs down despite their now very expansive system, which still uses Wirecast as the streaming & recording hub.  It’s a testament to the versatility of Wirecast, and how it continues to perform a key roll as their needs grow.