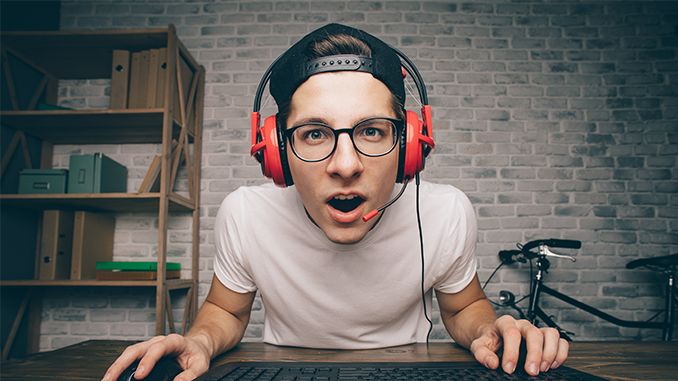 If only computer inputs were plentiful and camera outputs simply matched those inputs. Each camera type has its own set of benefits and liabilities and matching them to the computer inputs compounds the challenge.  Once I explain the compromises you’ll at least have the puzzle pieces clearly laid out before you.  So what are my choices?

Whichever way you define HD, the larger the frame size, the higher the upload speed you’ll need and the higher the download speed your viewers will need.  A recent FCC report stated that the median download speed in the USA was 3Mbps. This means half the connections are slower than that. NetIndex, by the same folks who brought you speedtest and pingtest are now reporting averages worldwide.

You might think we’re getting close to the point where everyone should be streaming in HD, but consider the following factors:

So SD is a practical choice, and for most people it’s still far more practical to stream SD. This means, for the time being, having a video camera that has an SD mode can be more practical. Certainly evaluate your specific circumstances and target viewers. Cameras that shoot both SD and HD will give you room to grow. Also remember that cameras that have both modes can generally shoot SD 16:9 so you can still have the widescreen look.

Recently a few webcams are coming to market that are 720 (1280×720) 30fps. Most have been 640×480 or smaller and 30fps or 15fps. Relative to other cameras they’re inexpensive and always connect by USB. Generally all computers have USB connections so there’s not much of a quandary over connecting them. There are some noteworthy drawbacks:  Most computers only have a single USB bus. Often you can put two cameras on a bus but the newer HD webcams use more bandwidth. Desktops with PCIe buses and laptops with Express ports can allow you to add buses. Often webcams don’t achieve their best frame rates except under very limited circumstances. All too often you’ll find webcams rated at 30fps actually working at 15fps in many situations.

The feature options and performance may be even more limited on the Mac. Most Macs and new Mac monitors have built in iSight web cams which tend to be mediocre and SD. While most third party webcams will work on Macs, they depend on a standard and limited function Mac driver. This will often mean limited or no control over frame size (generally no HD support), as well as exposure (which can impact frame rate). There’s not much motivation for webcam manufacturers to overcome these limitations since, outside of us live streamers, most people find the built in iSights adequate. This certainly makes the Windows version of Wirecast the better choice if you decide to use webcams and want quality and flexibility.

Generally HDV cameras also support DV in 16:9 mode. They can output live over Firewire which most computers have either through a 400 connector or an 800 to 400 cable. These cameras have you covered if you want to stream SD now and HD in the future. If you’re on a limited budge DV only cameras can be very inexpensive although not all have 16:9 modes.
Be aware that if you use the camera in HDV mode you’ll want to get the Wirecast HDV plugin ($99) but it’s not needed if you’re sticking with DV mode for now. Also important is that HDV uses considerable computer resources so generally it’s not recommended to use more than two camera in HDV mode on a system. Like USB, most computers only have a single Firewire bus regardless of the number and types of inputs so you’ll still need to add PCIe or Express cards adapters for additional cameras.

While some people manage to put two DV cameras on one firewire bus, there are considerable reliability issues. Camera manufacturers often implement bus control in ways that conflict with other cameras on the same bus. You’re best bet is one camera per bus.

One thing to be mindful of is that these tape based firewire out cameras are being phased out of production. Investing your money in soon-to-be-obsolete camera technology may not be a choice you want to make, even if firewire connectors will probably be around a bit longer.

AVCHD cameras, recording H.264 codec to SDHC cards are the norm now. They tend to be HD only. They’re relatively inexpensive too. But they are probably the heart of the quandary we Wirecasters face. If they have USB connections, they’re for data transfer only. They don’t have live Firewire connections either. Their live HDMI outputs have nearly uncompressed HD. The stunning quality is great for hooking up to your HDTV but, alas, computers don’t have live HDMI inputs. Oh what a pain that the camera and computer manufacturers don’t rectify this.

To connect these cameras to your computer, you have a couple of options. One method is to use an HDMI input card or box. This certainly adds to the cost of ownership. Telestream will be testing these devices for official support in Wirecast 4. It can be a challenge to find a way to use two of these cameras on a laptop. The other method is to use an analog to digital converter. These cameras always have some sort of analog out, so one might use devices that can convert to USB or, more reliably, Firewire. I’d recommend the latter.

For this Wirecaster, I’d love to see more affordable ways to get those great inexpensive HDMI cameras into computers, as well as cameras and computers adopting USB3 for connectivity as well. If only camera manufacturers and computer makers understood the importance of multi-camera easy connectivity. Certainly Telestream Wirecast does, as we continue to expand support for video input devices.